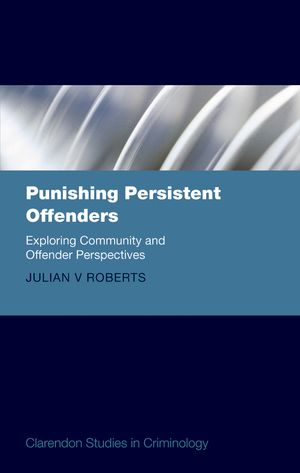 Despite very diverse approaches towards punishing crime, all Western jurisdictions punish repeat offenders more harshly (a practice known as the recidivist sentencing premium) . For many repeat offenders, their previous convictions have more impact on the penalty they receive than the seriousness of their current crime.

Why do we punish recidivists more harshly? Some sentencing theorists argue that offenders should be punished only for the crimes they commit - not for the crimes committed and paid for in the past. From this perspective, punishing repeat offenders more severely amounts to double punishment. Having been punished once for an offence, the recidivist will pay for the crime again every time he re-offends. Is this fair?

This volume explores the nature and consequences of the recidivist sentencing premium on both the theoretical and empirical levels. It begins by exploring the justifications for treating repeat offenders more harshly, and then provides examples of the practice from a number of jurisdictions including England and Wales, Canada, and the United States.

Particular attention is paid to the views of two important groups: convicted offenders and the general public. If offenders believe that the recidivist sentencing premium is unjustified, they are less likely to accept the legitimacy of the justice system. As for members of the public, it is important to know whether this key element of the sentencing process is consistent with community views.