International Law and the Use of Force 4th ed 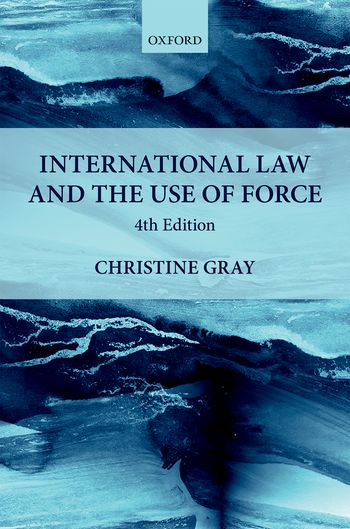 This book explores the large and controversial subject of the use of force in international law. It examines not only the use of force by states but also the role of the UN in peacekeeping and enforcement action, and the increasing role of regional organizations in the maintenance of international peace and security.

The UN Charter framework is under challenge. Russia's invasion of Georgia and intervention in Ukraine, the USA's military operations in Syria, and Saudi Arabia's campaign to restore the government of Yemen by force all raise questions about the law on intervention. The 'war on terror' that began after the 9/11 terrorist attacks on the USA has not been won. It has spread far beyond Afghanistan: it has led to targeted killings in Pakistan, Somalia, and Yemen, and to intervention against ISIS in Iraq and Syria. Is there an expanding right of self-defence against non-state actors? Is the use of force effective? The development of nuclear weapons by North Korea has reignited discussion about the legality of pre-emptive self-defence. The NATO-led operation in Libya increased hopes for the implementation of 'responsibility to protect', but it also provoked criticism for exceeding the Security Council's authorization of force because its outcome was regime change. UN peacekeeping faces new challenges, especially with regard to the protection of civilians, and UN forces have been given revolutionary mandates in several African states. But the 2015 report Uniting Our Strengths reaffirmed that UN peacekeeping is not suited to counter-terrorism or enforcement operations; the UN should turn to regional organizations such as the African Union as first responders in situations of ongoing armed conflict.

Contents:
1: Law and Force
2: The Prohibition of the Use of Force
3: Invitation and Intervention
4: Self-defence
5: The Use of Force against Terrorism: a New War for a New Century?
6: The UN and the Use of Force
7: Security Council Authorization for Member States to Use Force
8: Regional Peacekeeping and Enforcement Action