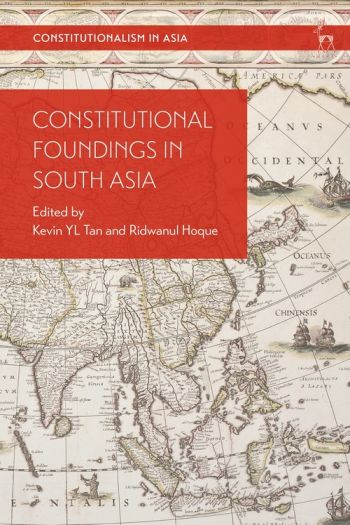 This volume addresses the idea of origins, how things are formed, and how they relate to their present and future in terms of 'constitution-making' which is a continuous process in South Asian states. It examines the drafting, nature, core values and roles of the first modern constitutions during the founding of the eight modern nation-states in South Asia.

The book looks at the constitutions of Afghanistan, Bangladesh, Bhutan, India, Maldives, Nepal, Pakistan and Sri Lanka. It provides an explanatory description of the process and substantive inputs in the making of the first constitutions of these nations; it sets out to analyse the internal and external (including intra-regional) forces surrounding the making of these constitutions; and it sets out theoretical constructions of models to conceptualise the nature and role of the first constitutions (including constituent documents) in the founding of the modern nation-states and their subsequent impact on state-building in the region.