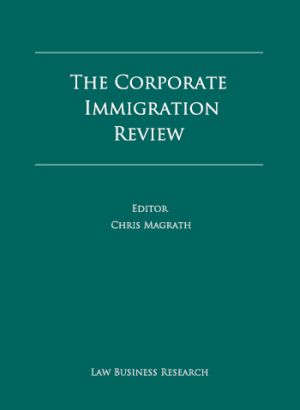 
Since the publication of the second edition of The Corporate Immigration ReviewM a year ago, the trends that we saw emerging then have accelerated. The polarisation between the increasingly restrictive immigration policies of, largely, developed Western nations, contrasted with, largely, the more liberal immigration policies in the developing world has become more marked.

The United Kingdom is a classic example of this tendency. It would appear that the only topic on which all of the major political parties agree is that ‘unrestricted immigration’ is a bad thing, and that, in consequence, ‘highly restricted immigration policies’ are a good thing. As the economy in the United Kingdom shows little sign of growth, political leaders have persuaded themselves that restricting the flow of overseas labour is, if nothing else, a means of deflecting from their own economic failures.

Similar trends can be seen in countries whose economic straits are even more dire, such as Spain, Italy and Greece, and whose problems require no further analysis. It is not a paradox that Germany, which is the most successful eurozone economy by some margin, has neither imposed immigration quotas, nor restricted its immigration options, in the corporate arena.

Immigration in the developing world, however, continues to rise – primarily in the business and employment sectors. In the Far East, China and Hong Kong maintain a liberal and open immigration policy towards businesses, investors and professionals who wish to invest and work there, and policies have been put in place to attract talent and capital from overseas. Business visitors alone to China have increased tenfold in the last decade.

Looking at these arguments in a holistic manner strongly suggests that countries that apply restrictive immigration policies, such as the UK, Spain and France, are less likely to see their economies grow and prosper than those countries that adopt a more liberal approach. Even if this conclusion is too simplistic, it underscores the need for the immigration debate to be conducted on a more rational and mature level than, generally, Western politicians have shown themselves capable of during the past year.