The Dominance and Monopolies Review 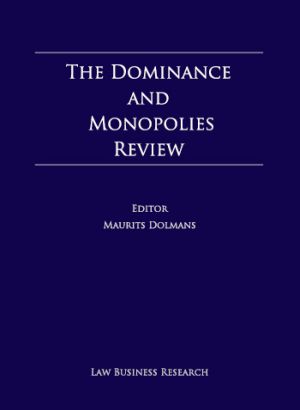 
This publication is a testament to the proliferation of abuse of dominance legislation around the world. Its coverage considers legislative provisions that have, in the case of the United States, been in existence since 1890, to some, in jurisdictions such as China and India, that have been introduced in the past few years or, in Malaysia’s case, last year. This diversity of jurisdictions has led to a multiplicity of differing approaches and indicates, as underlined by the national and supra-national surveys contained in this book, the real need for greater legal certainty and clarity in both the future drafting and application of laws governing abuse of dominance.

A happy medium or Mid-Atlantic point needs to be found between divergent approaches. The law of abuse of dominance in Europe (and all jurisdictions that emulate Europe) needs to move away from the form-based approach that has characterised the analysis of abuse of dominance in favour of an effects-based analysis. The institutional groundwork for a turn towards the application of a more economic analysis may have been put in place by the creation of the office of the Chief Competition Economist in 2003 and the publication of the ‘Guidance on the Commission’s Enforcement Priorities’. Subsequently, in the decisions of the European Commission and judgments of the courts we have seen a growing acceptance of the need for a more effects-based consideration of the abuse of dominance.

The forthcoming decision of the court in Intel should act as a marker of the progress of this change, hopefully confirming the growing acceptance and, indeed, necessity of the adoption of an effects-based analysis in the enforcement of European abuse of dominance law. For those jurisdictions that have drawn heavily on the European legal framework in the creation of their own systems for the regulation of abuse of dominance, most notably India and China, further lessons concerning the need to abandon the per se approach and adopt an effects-based approach should be taken from the recent European experience.

In the coming year, there are likely to be further interesting case law developments, notably from the technology and energy sectors, areas that have been the subject of increased scrutiny by competition authorities. Of particular note will be the forthcoming decisions from the European General Court in Intel and of the European Commission in Samsung and Motorola. More generally, both patent trolling and privateering are likely to come under increased scrutiny from not only the US and EU competition authorities but, probably, the competition authorities in many of the jurisdictions analysed in this book. Watch this space.