General Principles of EU Law and the EU Digital Order 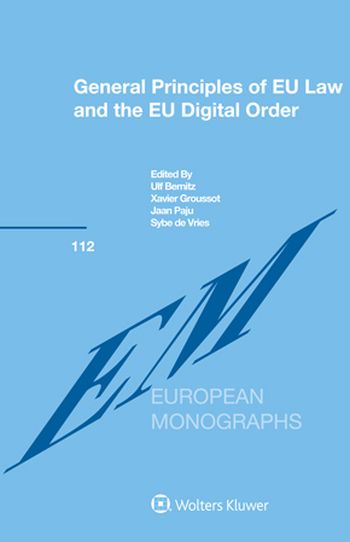 Examining a number of issues revolving around the internal market, the digital single market, competition law, intellectual property, data protection, democracy and the rule of law, the contributors provide deeply informed insights of the challenges as to:

The contributors are highly esteemed scholars from major European universities and experts in the field. A common theme is the need for judicial evolution of EU fundamental rights law in the digital era, alongside penetrating analyses of recent case law of Court of Justice of the European Union on the impact of digitalization.

Dealing as it does with an area of European law of particular complexity and rapidly growing importance, the anthology provides insights and knowledge about the ways in which digitalization is rapidly changing EU law. Are general principles of EU law as developed in an ‘analogue world’ sufficiently resilient to withstand the rapid and often disruptive developments taking place in the digital marketplace? The fresh look at the concept of ‘general principles’ taken by the various contributors helps to clarify the actual application in EU law in areas related to the ongoing digitalization of our society. It will be greatly appreciated by practitioners, policymakers and academics active in any of the many fields of law affected by the digital revolution.