Religion, Law, Politics and the State in Africa: Applying Legal Pluralism in Ghana 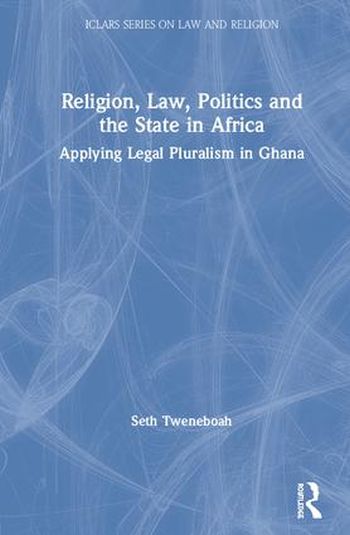 Applying a legal pluralist framework, this study examines the complex interrelationships between religion, law and politics in contemporary Ghana, a professedly secular State characterised by high levels of religiousity. It aims to explore legal, cultural and moral tensions created by overlapping loci of authority (state actors, traditional leaders and religious functionaries). It contends that religion can function as an impediment to Ghana’s secularity and also serve as an integral tool for realising the State’s legal ideals and meeting international human rights standards. Using three case studies – legal tensions, child witchcraft accusations and same-sex partnerships – the study illustrates the ways that the entangled and complicated connections between religion and law compound Ghana’s secular orientation. It suggests that legal pluralism is not a mere analytical framework for describing tensions, but ought to be seen as part of the solution. The study contributes to advancing knowledge in the area of the interrelationships between religion and law in contemporary African public domain.

This book will be a valuable resource for those working in the areas of Law and Religion, Religious Studies, African Studies, Political Science, Legal Anthropology and Socio-legal Studies.