Free Exercise of Religion and the United States Constitution: The Supreme Court’s Challenge 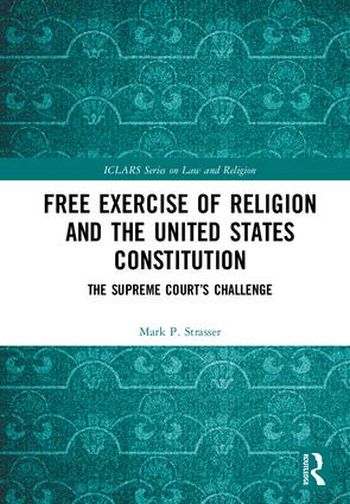 The United States is extremely diverse religiously and, not infrequently, individuals sincerely contend that they are unable to act in accord with law as a matter of conscience. The First Amendment to the United States Constitution protects the free exercise of religion and the United States Supreme Court has issued many decisions exploring the depth and breadth of those protections.

This book addresses the Court’s free exercise jurisprudence, discussing what counts as religion and the protections that have been afforded to a variety of religious practices. Regrettably, the Court has not offered a principled and consistent account of which religious practices are protected or even how to decide whether a particular practice is protected, which has resulted in similar cases being treated dissimilarly. Further, the Court’s free exercise jurisprudence has been used to provide guidance in interpreting federal statutory protections, which is making matters even more chaotic.

This book attempts to clarify what the Court has said in the hopes that it will contribute to the development of a more consistent and principled jurisprudence that respects the rights of the religious and the non-religious.