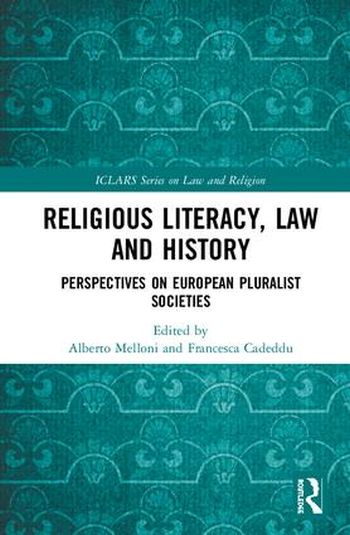 This book examines religious illiteracy in Europe. It seeks to understand religious illiteracy and its effects on the social and political milieu through the framing of the historical, institutional, religious, social, juridical and educational conditions within which it arises.

Divided into four parts, the first looks at `Context’ defining the basic concepts underpinning the question of religious illiteracy in Europe. Part 2, `Fields’, highlights the theological, philosophical, historical and political roots of the phenomenon, looking at the main nodes that are both the reasons why religious illiteracy is widespread and the starting points for literacy strategies. Part 3, `Education’, examines the mix of knowledge and competences acquired about religion and from religion at school as well as through the media, with a critical perspective on what could be done both in the schools and for the improvement of journalists’ religious literacy. Part 4, `Views and experiences’ presents the reader with the opportunity to learn from three different casestudies: religious literacy in the media; religious illiteracy and European Islam; and a Jewish approach to religious literacy.

Building on existing literature, the volume takes a scientific approach which is enriched by interdisciplinary and transnational perspectives and deep entrenchment in historical methodology.