Landmark Cases in the Law of Restitution 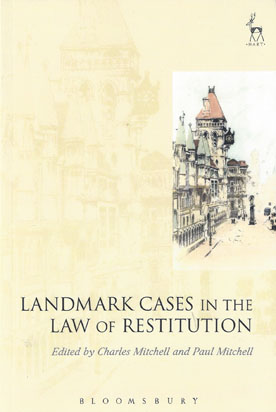 It is now well established that the law of unjust enrichment forms an important and distinctive part of the English law of obligations. Restitutionary awards for unjust enrichment and for wrongdoing are clearly recognised for what they are.

These however, are recent developments. Before the last decade of the twentieth century the very existence of a separate law of unjust enrichment was controversial, its scope and content matters of dispute.

In this collection of essays, a group of leading scholars look back and reappraise some of the landmark cases in the law of restitution. They range from the early seventeenth century to the mid-twentieth century, and shed new light on some classic decisions.

Some argue that the importance of their case has been overstated; others, that it has been overlooked, or misconceived. All persuasively invite the reader to think again about some well-known authorities. The book is an essential resource for anyone, scholar, student or practitioner, with an interest in this fascinating area of the law.