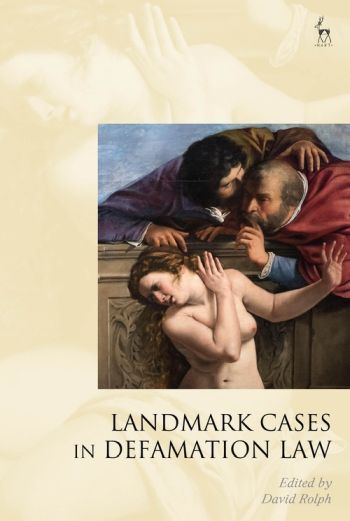 Landmark Cases in Defamation Law is a diverse and engaging edited collection that brings together eminent scholars from the United Kingdom, the United States, Australia, Canada and New Zealand to analyse cases of enduring significance to defamation law. The cases selected have all had a significant impact on defamation law, not only in the jurisdiction in which they were decided but internationally. Given the formative influence of English defamation law in the United States, Australia, Canada and New Zealand, the focus is predominantly on English cases, although decisions of the United States and Australia are also included in the collection. The authors all naturally share a common interest in defamation law but bring different expertise and emphasis to their respective chapters.

Among the authors are specialists in tort law, legal history and internet law. The cases selected cover all aspects of defamation law, including defamatory capacity and meaning; practice and procedure; defences; and remedies.