Landmark Cases in the Law of Tort 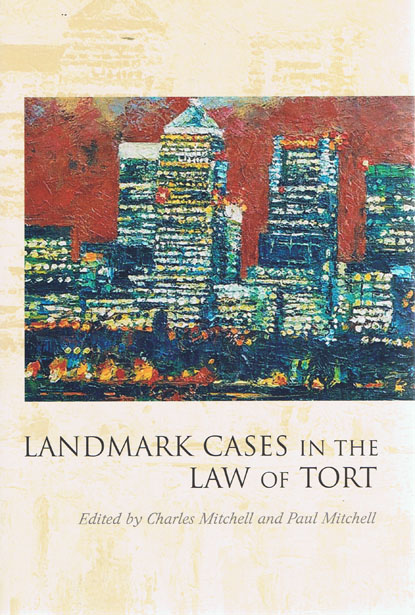 Landmark Cases in the Law of Tort contains thirteen original essays on leading tort cases, ranging from the early nineteenth century to the present day. It is the third volume in a series of collected essays on landmark cases (the previous two volumes having dealt with restitution and contract).

The cases examined raise a broad range of important issues across the law of tort, including such diverse areas as acts of state and public nuisance, as well as central questions relating to the tort of negligence. Several of the essays place cases in their historical context in ways that change our understanding of the case's significance.

Sometimes the focus is on drawing out previously neglected aspects of cases which have been – undeservedly – assigned minor importance. Other essays explore the judicial methodologies and techniques that worked to shape leading principles of tort law.

So much of tort law turns on cases, and there are so many cases, that all but the most recent decisions have a tendency to become reduced to terse propositions of law, so as to keep the subject manageable. This collection shows how important it is, despite the constant temptation to compression, not to lose sight of the contexts and nuances which qualify and illuminate so many leading authorities.