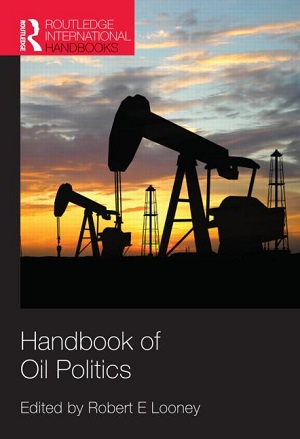 These days, one would have a difficult time picking up a newspaper, or watching a newscast that did not have a lead story dealing with some aspect of oil. From instability in the Middle East, to stock market crashes and concerns over the health of the world economy, to wars that seem to break out unexpectedly around the world, to discussions of global warming, and even speculation over the fate of mankind, oil is usually lurking somewhere in the background.

To many, oil markets and their linkages to a whole spectrum of events remain something of a mystery. Unfortunately, most of the easily obtained information on oil is deeply flawed. Whole web-conspiracy sites depict ruthless insiders and reckless dictators manipulating energy markets at will. The 30 essays in this volume, written by the leading experts in the field, attempt to set the record straight. While their assessments may lack the sensationalism of many popular pundits, serious readers will find their insights invaluable in the years to come in providing a framework for understanding many of the events of the day.

The volume is divided into sections. Part I provides a broad overview of the political dimensions underlying the supply of oil. Some of the key questions addressed include: is the world running out of oil? And if so, is the cause physical scarcity or political/policy failure? Why are many of the oil-producing countries in the developing world so unstable? Can oil markets be made to provide more stability to the world system? Part II examines some of the political responses to oil-related developments. Here, the key questions concern the role of the political process in the development of alternative sources of energy. The various means through which countries approach their energy security is assessed, as is the problem of climate change. The section ends with the provocative question: do governments really need to go to war for oil?

Oil production, energy markets, and the political environment produce distinct regional patterns. Part III examines oil and political power in Africa, Latin America, the Middle East and South-East Asia. Part IV expands some of the main regional themes through a series of case studies on specific countries: Iraq, Iran, Saudi Arabia, Egypt, Russia and Brazil. A final section looks to the future: will the oil curse continue for many countries? How will the growth and expansion of China affect oil prices and availabilities? Will oil-based sovereign wealth funds contribute to global stability or will they create increased political tensions between consuming and producing countries? Will volatile oil markets undermine the US dollar as well as the global financial system? Perhaps appropriately, the volume ends with an assessment of the future of oil in a carbon constrained world.

All in all, the essays in this volume cover the whole spectrum of the politics of oil. They will help shed light on this vital, yet still often misunderstood topic. The book does not represent any particular political or ideological position. Instead, each author has sought to objectively seek a deeper understanding as to the complexity and subtlety of forces that have all too often eluded policymakers around the world.