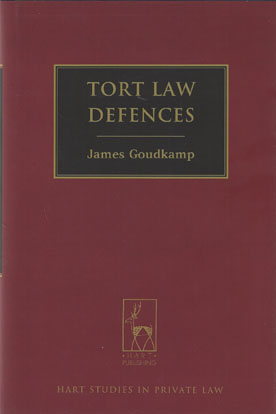 The law of torts recognises many defences to liability. While some of these defences have been explored in detail, scant attention has been given to the theoretical foundations of defences generally. In particular, no serious attempt has been made to explain how defences relate to each other or to the torts to which they pertain.

The goal of this book is to reduce the size of this substantial gap in our understanding of tort law. The principal way in which it attempts to do so is by developing a taxonomy of defences. It argues that all defences should be sorted into the following three categories: (1) absent element defences; (2) justification defences; and (3) public policy defences.