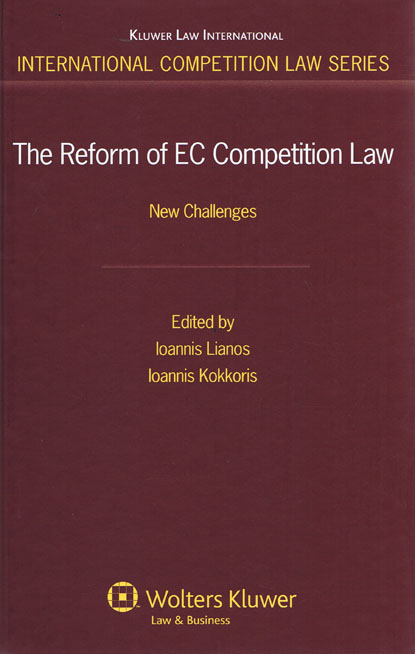 Responding to external and internal pressure for change the slow reform of EC competition law since the 1989 Merger Regulation can now be seen as a major thread rather than a series of peripheral developments. Now, a body of ‘new’ law may be discerned that encompasses several far-reaching regulations as well as their clarification and extension by official guidelines, discussion papers, ECJ decisions, and legal scholarship.

Twenty-nine prominent competition law authorities – representing all three ‘estates’ (practice, administrative regulation, and academe) – bring their deeply informed knowledge and perspectives on this crucially important body of law to the table. The many issues they address include the following:-

This book represents a fresh approach to EC competition law – one that is of singular value in grappling with the huge economic challenges we face today. As a synthesis of the law and options available to European competition authorities and legal practitioners in the field, it stands without peer. It will be greatly welcomed by lawyers, policymakers and other interested professionals in Europe and throughout the world.