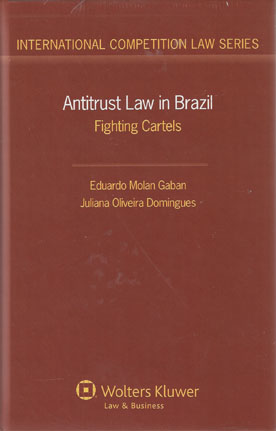 This book highlights the case of Brazil, a major economic player among developing countries. In seventeen years of enforcing the Brazilian Antitrust Law, Brazil’s Administrative Council for Economic Defence (CADE) has achieved outstanding results and has been recognized as the most effective antitrust enforcement agency in the developing world. This book is the first to describe and analyse the workings and case law of the CADE, emphasizing the agency’s fundamental methodology

The book’s consolidated research on Brazil’s cartel investigations clearly describes the main defence theories and the courts’ decisions. The authors also explore the relationship of Brazil’s antitrust law to the country’s public policies in the areas of consumer rights, public procurement, and measures against corruption, with special emphasis on the synergies arising from antitrust law and consumer protection. It is worth noting that the studies carried out in this book discussed Law No. 8884/94 (Brazilian Antitrust Law) and the New Brazilian Antitrust Law, which was passed on 5 October 2011, and which will be enforced in 2012.

With its unique synthesis of constitutional law, comparative antitrust law, and CADE’s case law, this book will be welcomed by competition lawyers and other parties interested in methods and procedures used in merger and conduct control, and especially in anticartel enforcement, in developing countries.