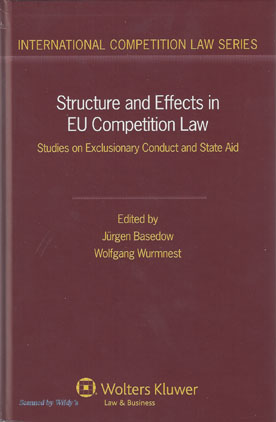 During the last decade the European Commission has progressively adopted what is called a ‘more economic approach’ toward competition policy. This approach, which draws on U.S. antitrust policy, puts greater emphasis on possible welfare effects of business practices and is less concerned with competitive market structures.

Under this school of thought concentration cannot be said to impede effective competition to the extent that efficiency gains outweigh market distortions. In order to stimulate the debate on this basic reorientation, in January 2009 the Max Planck Institute for Comparative and International Private Law at Hamburg convened economists, legal scholars, and practitioners for an exchange of views on these ‘new’ methodological foundations of EU competition policy and competition law.

Two especially controversial elements were chosen for in-depth discussion: the prohibition of abuses of dominant positions and the review of State aid. This book reproduces fourteen papers from this conference, representing the considered views of prominent European lawyers, economists, academics, policymakers, and enforcement officials in the competition field on matters such as:-

A critical assessment of the Commission’s State aid action plan by the German Monopolies Commission is appended in English. Applying law and economics theory to competition law, this book shows that the ‘more economic’ approach is exerting a considerable impact on various sectors of competition law.

The authors clearly demonstrate the progress that can be made when lawyers and economists take notice of and respect the characteristics of each other’s discipline. Moreover, the authors show how new insights of economic theory may be integrated into the relevant legal analysis. The book will therefore be appreciated by academics, practitioners, and officials representing both fields.