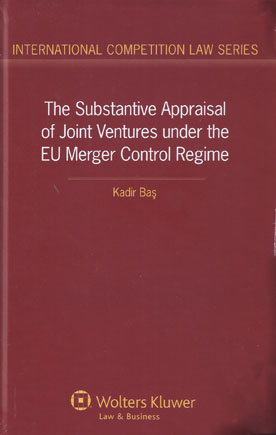 It has become common in recent decades for firms to seek economic advantage in what are called joint ventures. These collaborations possess some characteristics of both mergers and agreements, although they do not completely fit into either of these two categories.

Inevitably, therefore, joint ventures fall foul of competition authorities, which tend to treat them according to those traditional antitrust categories. It is generally unclear which types of joint ventures should be treated as mergers, and how the fact that the parent firms remain independent outside the cooperation should be incorporated into traditional merger analysis.

It is difficult to give an answer to these questions that would apply in all cases. In particular, the current legal uncertainty makes it difficult for firms to predict and adopt the safest policy, from a competition law perspective, in structuring and dealing with their joint ventures. These problems make it necessary to take a new and critical look at the substantive appraisal of joint ventures under the EU merger control regime.

This important book proposes a new approach – a more coherent and integrated framework for the analysis of joint ventures under the Merger Regulation. The author responds in deeply informed detail to such centrally relevant questions as the following:-

For comparative purposes, the author also explores United States competition policy both historically and with regard to recent regulation of joint ventures. His analysis draws extensively on competition legislation, reported judicial decisions, administrative decisions and guidelines, and academic works devoted to the analysis of the joint venture as a legal, economic, and business phenomenon, all both in the European Union and the United States.

The book underlines the importance of adopting a clear competition law approach to joint ventures in order to effectively address their anticompetitive effects without unduly hindering their formation or operation. As a major analysis of one of the most intricate and controversial topics in the field, this book will be of inestimable value to practitioners, jurists, policymakers, officials, and academics concerned with European competition law.