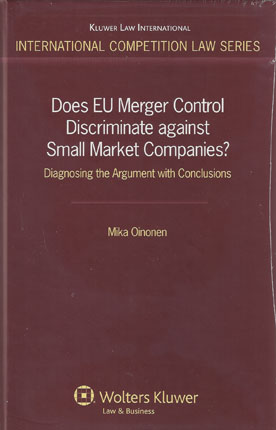 Although the question posed by the title of this book has generated considerable debate, the essential issue remains open and largely blurred. While some believe that there is no so-called ‘small market problem’, others discern discrimination against small market companies (i.e., companies with a strong position in their home markets but a modest position in the European and global markets) and a consequent need for changes in competition law.

The author of this enormously helpful work here sets the stage for meaningful discussion by analysing the EC Merger Regulation’s objectives, economic foundations, and application practice to present a reasoned view of the issues that can be considered relevant for such a discussion. Considering their effect on the ’small market problem’, the author scrutinizes such factors as the following:-

The Limits of Competition Policy: The Shortcomings of Antitrust in Developing and Reforming Economies
Menon Rodriguez
ISBN 9789041131775
Published May 2010
Kluwer Law International
£92.00