The Concept of the Employer 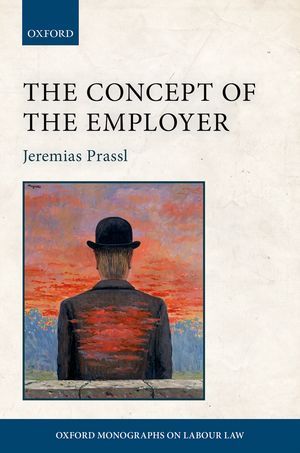 Employment law has increasingly struggled to adapt to complex modern work arrangements, from agency work to corporate groups. This book suggests that the reason for this failure can be found in our concept of the employer, which has become riddled with internal contradictions in its search for a unitary employer, the counterparty to a bilateral contract, through a series of multi-functional tests focussed on the exercise of a range of employer functions. As a result of this tension, full employment law coverage is restricted to a narrow scenario where a single legal entity exercises all employer functions - a paradigm far from the reality of modern labour markets characterized by a fragmentation of work, from the rise of employment agencies and service companies to corporate groups and Private Equity investors. These problems can only be addressed by a careful reconceptualization and the development of a functional concept of the employer.

The book draws on existing models in English, German, and European law to develop a definition of the employer as the entity, or combination of entities, exercising functions regulated in a particular domain of employment law. Each of the two strands of the current concept is addressed in turn to demonstrate how a more openly multi-functional approach can successfully overcome the rigidities of the current notion without abandoning a coherent underlying framework. It fills a crucial gap in employment law and corporate law with its analysis of the defects in our current understanding of the employer, and in developing a new functional concept designed to overcome the problems identified.

Contents:
Introduction: The Concept of the Employer and the Personal Scope of Employment Law
PART I: A CONCEPT UNDER PRESSURE
1. The Received Concept of the Employer
2. The Shared Exercise of Employer Functions Across Multiple Loci of Control
PART II: THE IMPLICATIONS OF A CONCEPT UNDER PRESSURE
3. The Fragile Scope of Employment Law Coverage
4. Complex Employment Structures in Germany: A Comparative Perspective
PART III: TOWARDS A FUNCTIONAL CONCEPT OF THE EMPLOYER
5. A Functional Concept
6. A Single Concept in Different Contexts
Conclusion: The Broader Implications of a Tension Resolved
Bibliography