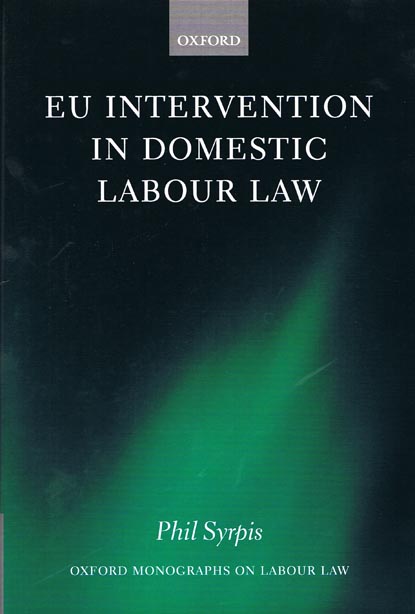 This book investigates the extent to which the European Union intervenes, and should intervene, in domestic labour law. It examines the stated and potential rationales for EU intervention, and argues that there are considerable merits to be derived from separating out the integrationist, economic and social arguments which have been deployed in defence of EU intervention. It critically considers the competence of the EU to act in this field, and seeks to demonstrate that proper regard for the subsidiarity and proportionality principles can contribute to the legitimacy of the EU.

The book is informed by the ongoing debate on governance in Europe, and aims to provide insights into the implications of shifts in policy-making technique. From the governance perspective, labour law is a particularly useful focus of study, given the range of traditional and new approaches to governance which have been attempted, from harmonisation through framework measures to the open method of coordination, and the range of actors involved in the policy making process.

The intention is not to provide an exhaustive account of European intervention in the labour law arena. Instead it provides a framework to enable the reader to think about the role that the EU has, and should, play in this field, and argues that European level intervention can make a valuable contribution to the making of labour law in European Member States.