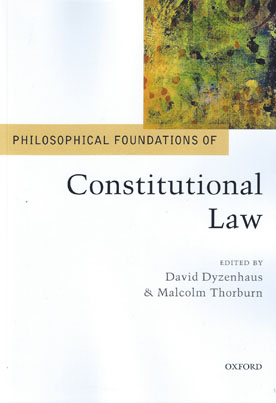 Constitutional law has been and remains an area of intense philosophical interest, and yet the debate has taken place in a variety of different fields with very little to connect them.

Although these issues of institutional design are of abiding importance, many of them have taken on new significance in the last few years as law-makers have been forced to return to first principles in order to justify novel practices and arrangements in their constitutional orders. Thus, questions of constitutional 'revolutions,' challenges to the demands of the rule of law, and the separation of powers have taken on new and pressing importance. The essays in this volume address these questions, filling the gap in the philosophical analysis of constitutional law.

The volume will provoke specialists in philosophy, politics, and law to develop new philosophically grounded analyses of constitutional law, and will be a valuable resource for graduate students in law, politics and philosophy.