Philosophical Foundations of Language in the Law 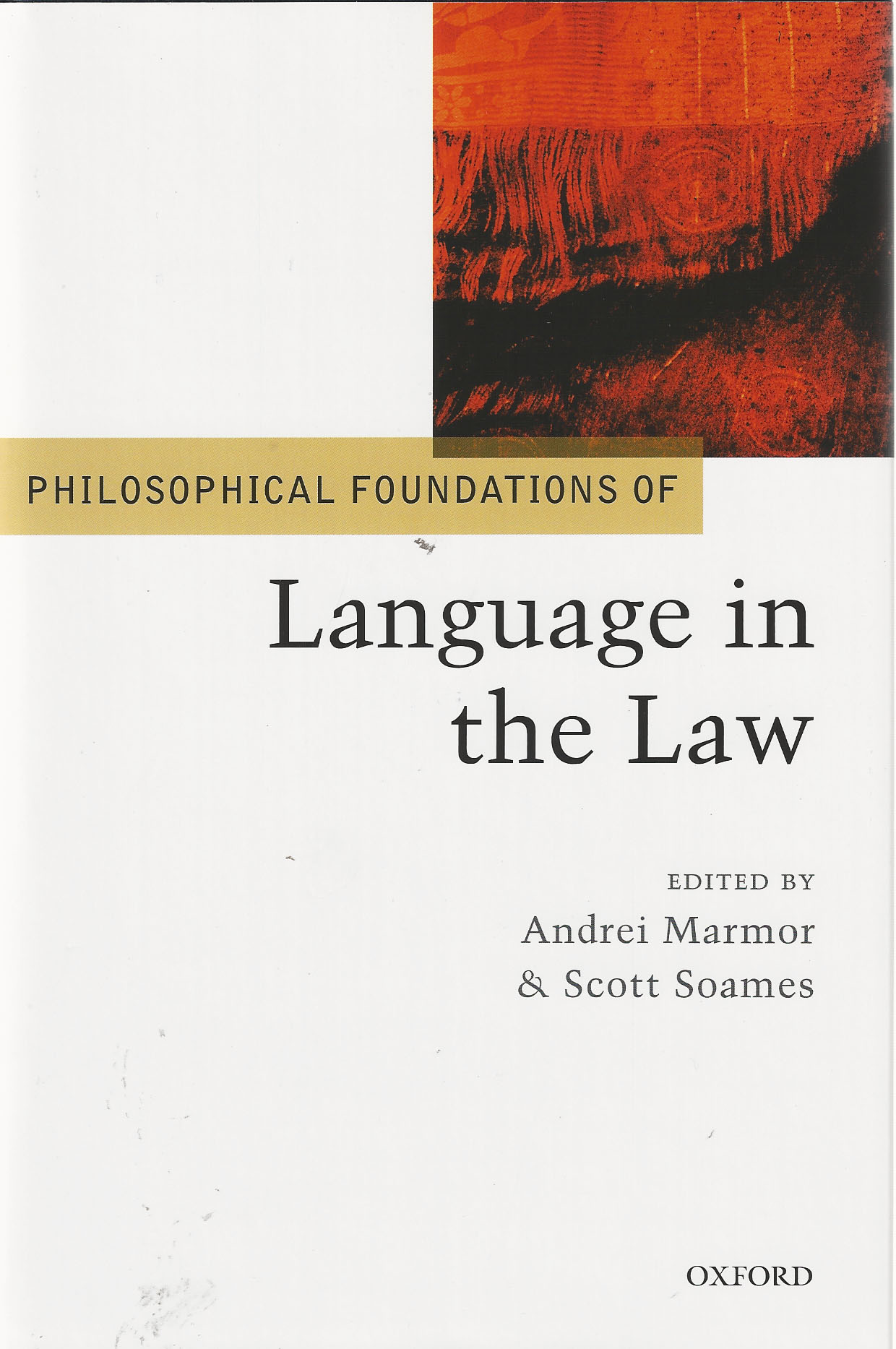 This collection brings together the best contemporary philosophical work in the area of intersection between philosophy of language and the law.

By making this body of recent work available in a single volume, readers will gain both a general overview of the various interactions between language and law, and also detailed analyses of particular areas in which this interaction is manifest.

The contributions to this volume are grouped under three main general areas: The first area concerns a critical assessment, in light of recent advances in philosophy of language, of the foundational role of language in understanding the nature of law itself.

The second main area concerns a number of ways in which an understanding of language can resolve some of the issues prevalent in legal interpretation, such as the various ways in which semantic content can differ from law's assertive content; the contribution of presuppositions and pragmatic implicatures in understanding what the law conveys; the role of vagueness in legal language, for example.

Together, these three key issues cover a wide range of philosophical interests in law that can be elucidated by a better understanding of language and linguistic communication.

Contents:
1: Timothy Endicott: The Value of Vagueness
2: Scott Soames: What Vagueness and Inconsistency tell us about Interpretation
3: Jeremy Waldron: Vagueness and the Guidance of Action
4: Andrei Marmor: Can the Law Imply More than It Says? On some pragmatic aspects of Strategic Speech
5: John Perry: Textualism and the Discovery of Rights
6: Gideon Rosen: Philosophy of Language and the Law of Contracts
7: Richard Holton: Modeling Legal Rules
8: Gideon Yaffe: Trying to Kill the Dead: De Dicto and De Re Intention in Attempted Crimes
10: Mark Greenberg: Legislation As Communication? Legal Interpretation and the Study of Linguistic; Communication;