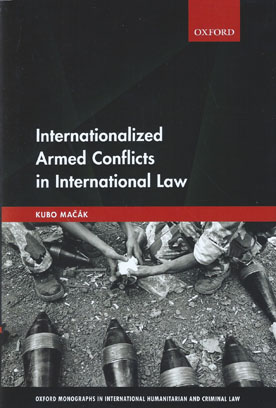 It examines in detail the historical development as well as the current state of the relevant rules of international humanitarian law. The discussion is grounded in general international law, complemented with abundant references to case law, and illustrated by examples from twentieth and twenty-first century armed conflicts.

In Part I, the book puts forward a thorough catalogue of modalities of conflict internationalization that includes outside intervention, State dissolution, and recognition of belligerency. It then specifically considers the legal qualification of complex situations that feature more than two conflict parties and contrasts the mechanism of internationalization of armed conflicts with the reverse process of de-internationalization.