The Humanitarian Civilian: How the Idea of Distinction Circulates Within and Beyond International Humanitarian Law 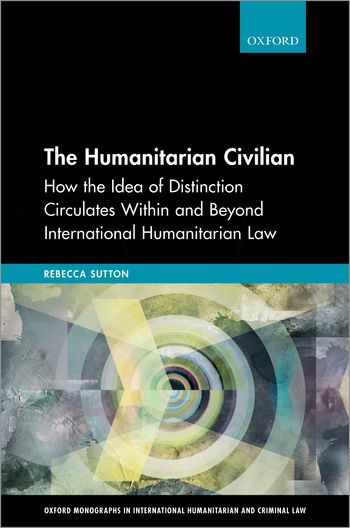 In international humanitarian law (IHL), the principle of distinction delineates the difference between the civilian and the combatant, and it safeguards the former from being intentionally targeted in armed conflicts. This monograph explores the way in which the idea of distinction circulates within, and beyond, IHL. Taking a bottom-up approach, the multi-sited study follows distinction across three realms: the kinetic realm, where distinction is in motion in South Sudan; the pedagogical realm, where distinction is taught in civil-military training spaces in Europe; and the intellectual realm, where distinction is formulated and adjudicated in Geneva and the Hague. Directing attention to international humanitarian actors, the book shows that these actors seize upon signifiers of 'civilianness' in everyday practice. To safeguard their civilian status, and to deflect any qualities of 'combatantness' that might affix to them, humanitarian actors strive to distinguish themselves from other international actors in their midst. The latter include peacekeepers working for the UN Mission in South Sudan (UNMISS), and soldiers who deploy with NATO missions. Crucially, some of the distinctions enacted cut along civilian-civilian lines, suggesting that humanitarian actors are longing for something more than civilian status - the 'civilian plus'. This special status presents a paradox: the appeal to the 'civilian plus' undermines general civilian protection, yet as the civilian ideal becomes increasingly beleaguered, a special civilian status appears ever more desirable. However disruptive these practices may be to the principle of distinction in IHL, the monograph emphasizes that even at the most normative level there is no bright line distinction to be found.