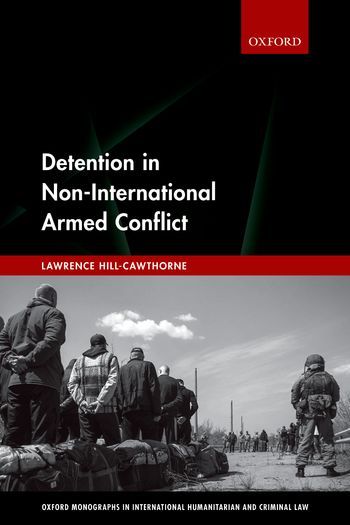 Given that non-international armed conflicts are now the most common form of conflict, this is especially worrying, and the consequences of this have been seen in the detention practices of states such as the US and UK in Iraq and Afghanistan.

This book provides a comprehensive examination of the procedural rules that apply to detention in non-international armed conflict, with the focus on preventive security detention, or 'internment'. All relevant areas of international law, most notably international humanitarian law and international human rights law, are analysed in detail and the interaction between them explored.

The book gives an original account of the relationship between the relevant rules of IHL and IHRL, which is firmly grounded in general international law scholarship, treating the issue as a matter of treaty interpretation.

With that in mind, and with reference to State practice in specific non-international armed conflicts - including those in Sri Lanka, Colombia, Nepal, Afghanistan, and Iraq - it is demonstrated that the customary and treaty obligations of States under human rights law continue, absent derogation, to apply to detention in non-international armed conflicts.

The practical operation of those rules is then explored in detail. The volume ends with a set of concrete proposals for developing the law in this area, in a manner that builds upon, rather than replaces, the existing obligations of States and non-State armed groups.