In Search of Criminal Responsibility: Ideas, Interests, and Institutions 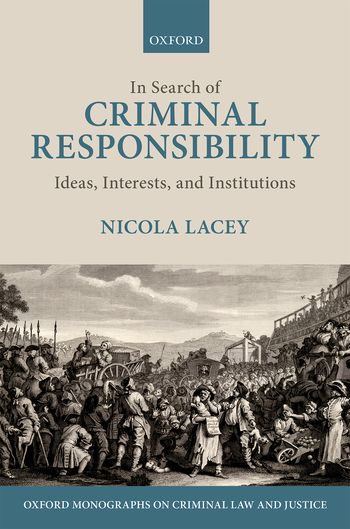 What makes someone responsible for a crime and therefore liable tof punishment under the criminal law? Modern lawyers will quickly and easily point to the criminal law's requirement of concurrent actus reus and mens rea, doctrines of the criminal law which ensure that someone will only be found criminally responsible if they have committed criminal conduct while possessing capacities of understanding, awareness, and self-control at the time of offense. Any notion of criminal responsibility based on the character of the offender, meaning an implication of criminality based on reputation or the assumed disposition of the person, would seem to today's criminal lawyer a relic of the 18th Century.