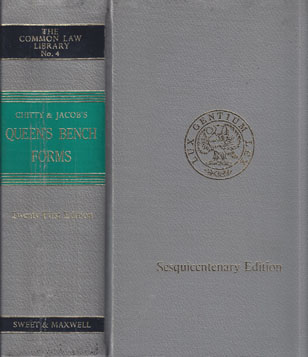 This work provides, in one volume, the appropriate forms, other than pleadings, which may be used at any stage in the course of litigation undertaken in the Queen's Bench Division.

Foreword... Since the publication of the last edition of this work there have been, one is suprised to see, alarming numbers of new forms designed to cope with developments in practice and procedure. This has necessitated what is almost a re-writing of the work and a great expansion in its size.

This is a work which can do noting but good. It will be of insetimable value to practitioners, combining as it does comprehensiveness with clarity. LANE (The Right Honourable The Lord Lane A.F.C.) January, 1986