Building the Civilization of Arbitration 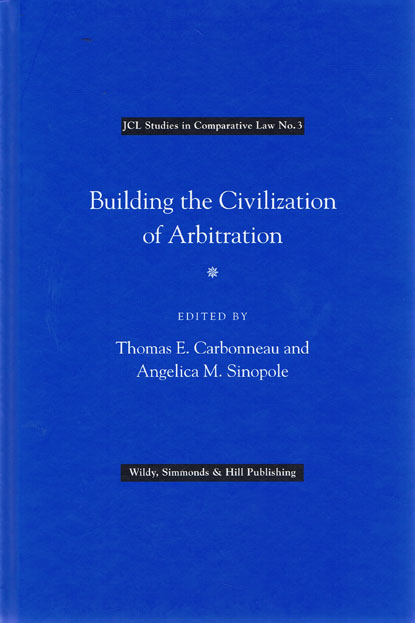 This book brings together a group of distinguished academics and practitioners and codifies their discussion of cutting-edge topics in the contemporary law of arbitration.

A number of the contributors are members of the American Law Institute's drafting committee on the Restatement of the Law of International Arbitration, a document likely to have a significant impact on the development and evolution of law in the area.

The subject matter of the chapters variously accesses the development of investment arbitration, the difficulties raised by adhesionary arbitration, the problems associated with the State regulation of the arbitral process, the role of courts in acclimatizing the legal system to arbitration, the continued power of contracting parties in establishing and operating arbitrations, and the significance of recent US. Supreme Court rulings. A number of the authors have substantial practical experience in the process; all are well-known and regarded in the field.

Originally published as a symposium issue of the Penn State Law Review, the volume is intended to provide meaningful insights and useful guidance to students and practitioners of the process alike. The perspective adopted in the considerations is both national and international.

The Dean of Penn State Law, Philip J. McConnaughay, himself an authority on arbitration, provided invaluable support for the symposium and book project.