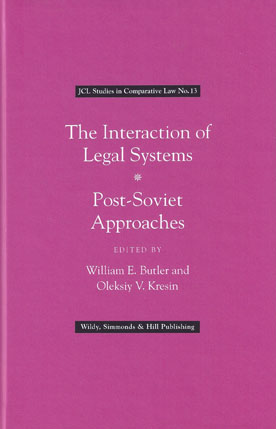 JCL Studies in Comparative Law No 13