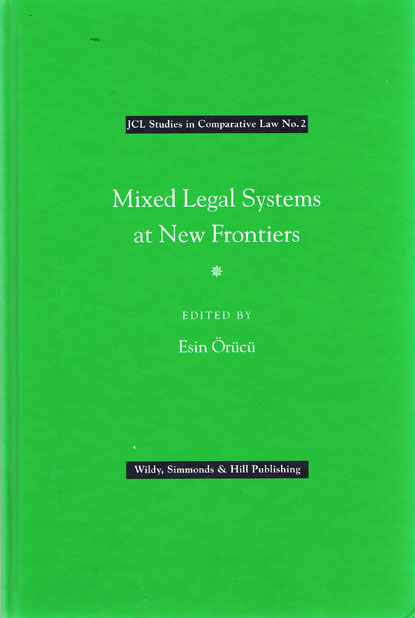 The hope is that the analyses to be found in the eleven contributions will be helpful for scholars, students and practitioners who have a general interest in comparative law and a special interest in mixed legal systems, and provide inspiration to pursue further inquiries.

The contributions are a selection of papers presented at the 2007 Second World Congress of the World Society of Mixed Jurisdiction Jurists, 'The Boundaries of Unity: Mixed Systems in Action'. As can he gleaned from the title of the Congress, the emphasis has shifted from the closed family of 'mixedjurisdictions' towards a wider embrace, considering 'mixed systems', in addition to the classical 'mixed jurisdictions".

Following the introduction, the first two pieces inform the reader of the multiplicity of approaches to mixed legal systems and widen the horizon, offering expansion, though retaining exclusivity. Then follow chapters throwing new light on Commonwealth Caribbean, United States Novojo law, Turkey, South Africa, Sri Lanka, England and Ireland, the European Union, and Public International Law and International Trade Law; all showing that we are entering an era of legal studies involving looking at all legal systems anew