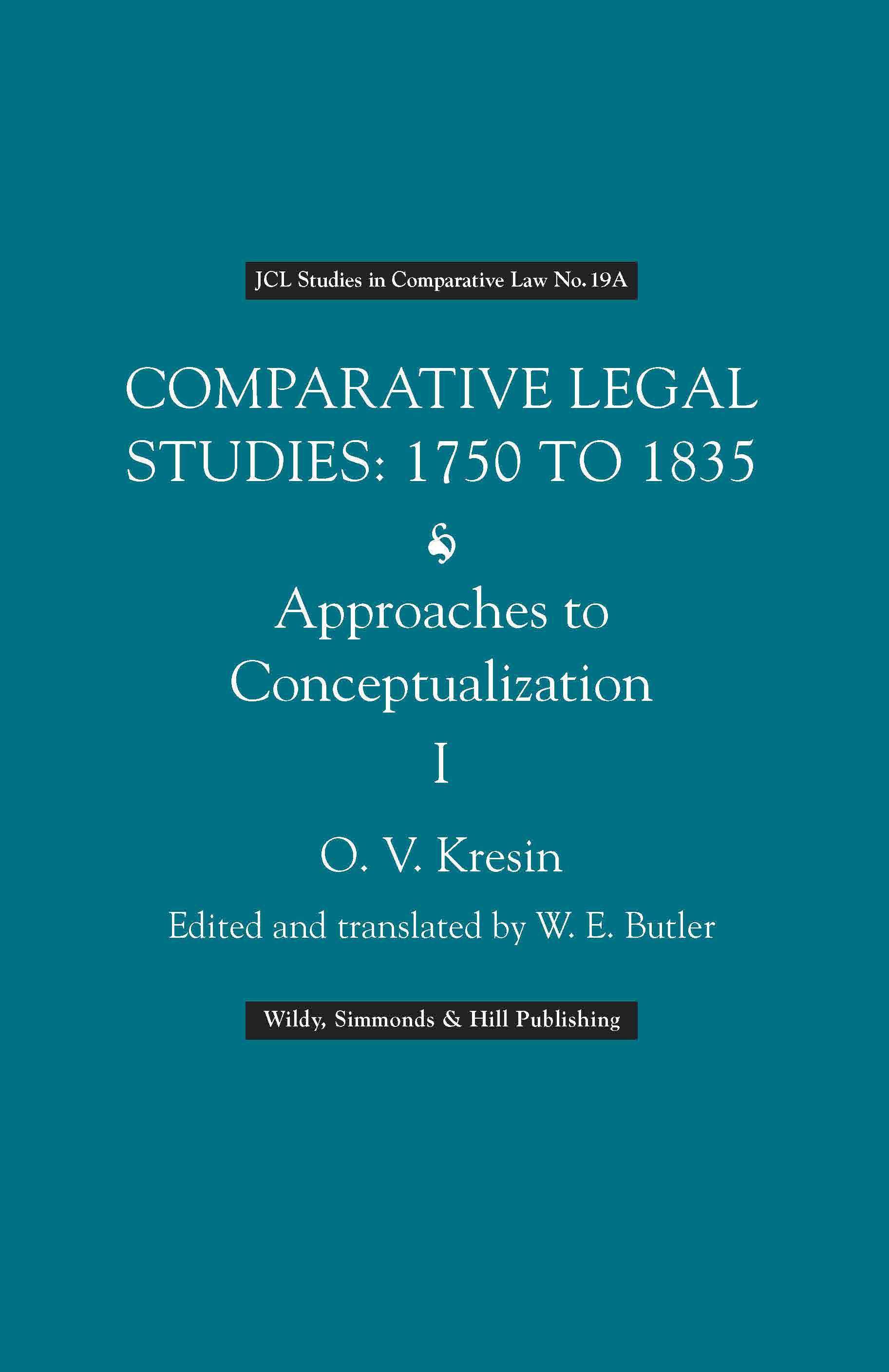 A revisionist interpretation of the origins of comparative law as a discipline, these volumes reconsider the period from 1750 to 1835 and take the origins of “legal comparativistics” back at least eight and a half decades in comparison with traditional understandings of the history of comparative jurisprudence.