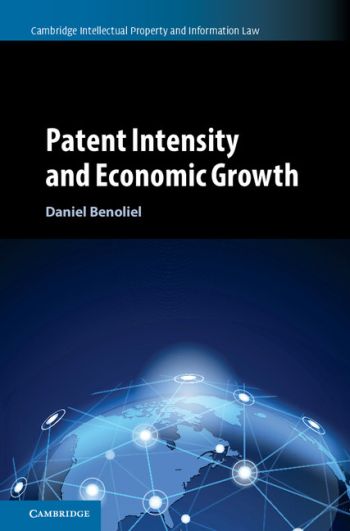 Economic growth has traditionally been attributed to the increase in national production arising from technological innovation. Using a panel of seventy-nine countries bridging the North-South divide, Patent Intensity and Economic Growth is an important empirical study on the uncertain relationship between patents and economic growth. It considers the impact of one-size-fits-all patent policies on developing countries and their innovation-based economic growth, including those policies originating from the World Intellectual Property Organization, the World Trade Organization and the World Health Organization, as well as initiatives derived from the TRIPS Agreement and the Washington Consensus.

This book argues against patent harmonization across countries and provides an analytical framework for country group coalitioning on policy at UN level. It will appeal to scholars and students of patent law, national and international policy makers, venture capitalist investors, and research and development managers, as well as researchers in intellectual property, innovation and economic growth.