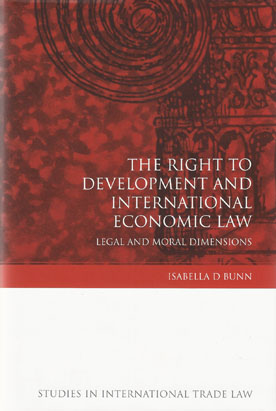 In 1986, the UN declared the right to development to be an inalienable human right, entitling everyone to 'participate in, contribute to, and enjoy economic, social, cultural and political development, in which all human rights and fundamental freedoms can be realized.' Implementation of the declaration is now a priority for the UN, which seeks to mainstream the right into its policies and operational activities. Efforts are also underway to reformulate the right within an internationally-binding legal instrument. Although the right to development has been hailed as the cornerstone of the entire human rights system, serious misgivings about its validity and usefulness persist.

This book addresses the major questions in the debate, including the legal basis, substance and status of the right. It examines key principles that underlie the realization of the right to development, with particular reference to international economic law and policy. This timely analysis reflects the trend toward a rights-based approach to development in general. As both a lawyer and a theologian, the author also draws on the moral origins and influences of the right to development, providing a unique interdisciplinary focus of relevance to broader questions of ethical globalization.