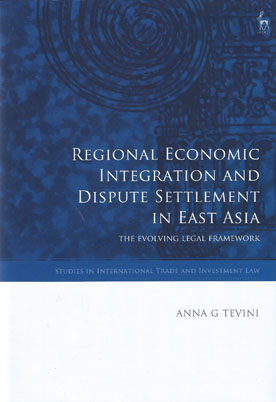 The accession of the People's Republic of China to the World Trade Organization (WTO) in 2001 significantly transformed global economic relations both de facto and de jure.

At the regional level, China's WTO accession served as a catalyst for the juridification of economic relations in East Asia based on Regional Trade and Investment Agreements (RTAs). This was a novel development for the region, since East Asian states had previously followed a largely informal, market-based approach to regional economic integration, essentially limiting rules-based economic integration to the global level based on the "most favoured nation principle" under the GATT/WTO framework.

This book systematically analyses and explains the development, nature, and challenges of rules-based regional economic integration in East Asia with a focus on the first four East Asian RTAs, which involve the members of the Association of Southeast Asian Nations (ASEAN), China, Japan, Singapore and the Hong Kong SAR. While also addressing socio-economic, historical, and political factors, the book's primary focus are the legal institutions now shaping East Asian regional economic integration.

At its core, the book provides a systematic, comparative account of the scope, depth and (hard law vs soft law) quality of rules-based economic integration achieved in AFTA, ACFTA, JSEPA and CEPA in the areas of the trade in goods and services, investment liberalization and protection and labor movement, as well as dispute settlement.