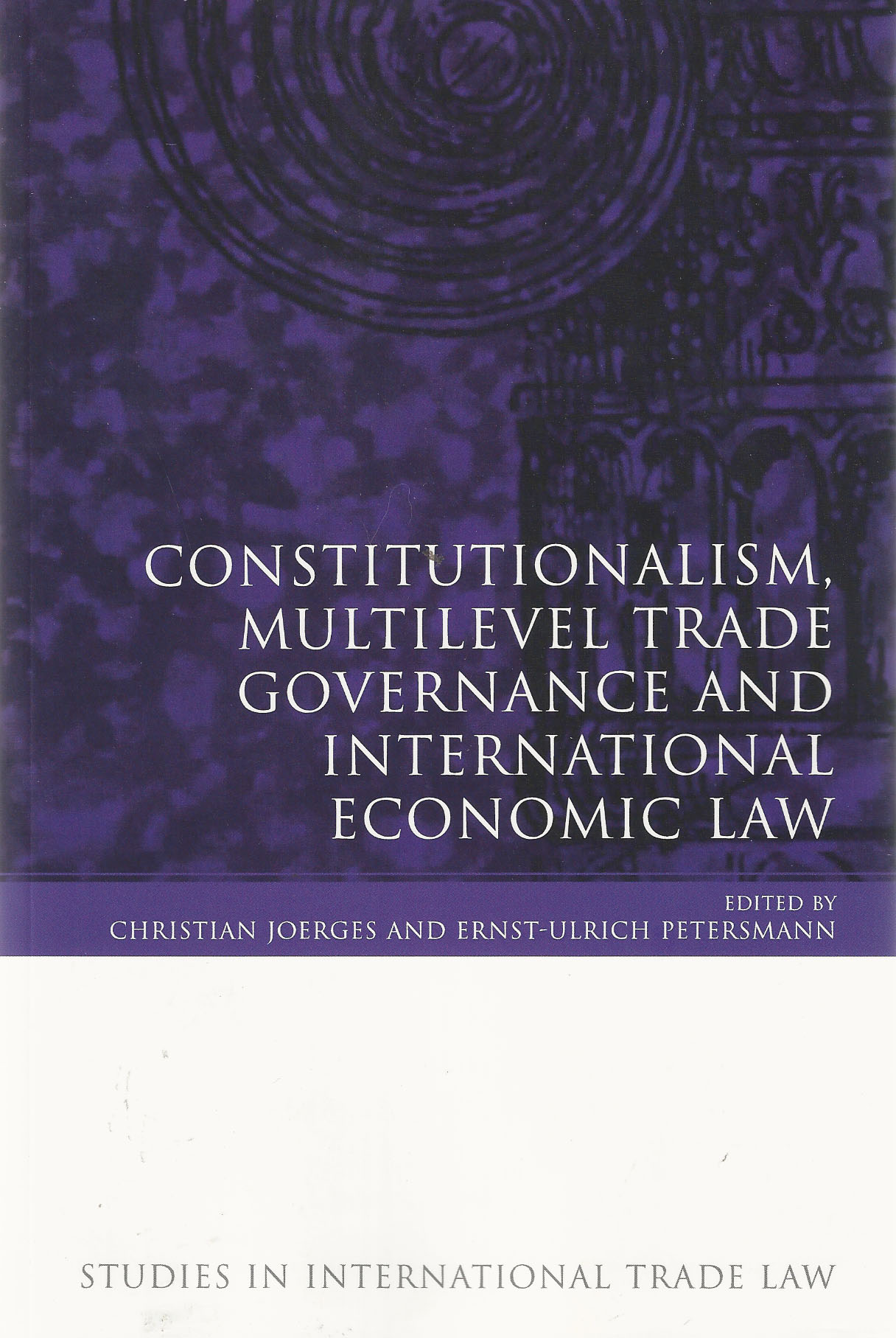 Two complementary strands of theorising are expounded. One argues that globalisation and the universal recognition of human rights are transforming the intergovernmental "society of states" into a cosmopolitan community of citizens which requires more effective constitutional safeguards for protecting human rights and consumer welfare in the national and international governance and legal regulation of international trade. The second emphasises the dependence of the functioning of international markets and liberal trade on governance arrangements which respond credibly to safety and environmental concerns of consumers, traders, political and non-governmental actors. Enquiries into the generation of international standards and empirical analyses of legalization and judizialisation practices form part of this agenda.

The perspectives and conclusions of the more than 20 contributors from Europe and North-America cannot be uniform. But they converge in their search for a constitutional architecture which limits, empowers and legitimises multilevel trade governance, as well as in their common premise that respect for human rights, private and democratic self-government and social justice require more transparent, participatory and deliberative forms of transnational "cosmopolitan democracy".