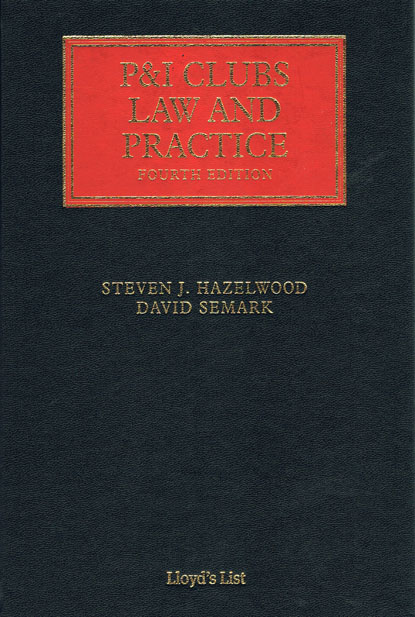 P & I Clubs Law and Practice 4th edition is a detailed but easy-to-follow account of the constitution, workings and daily practice of mutual and indemnity clubs.

Designed to be a practical reference source for anyone who is in any way involved with mutual insurance, it offers comprehensive guidance on the complex area of P & I Clubs.

The new 4th edition has been fully revised and updated since the last edition was written in 1999. New areas emphasised in the 4th edition include:-

It also covers recent major legislative and related developments such as (i) the entry into force of the Bunker Convention, (ii) SCOPIC 2000, (iii) Directive 2009/20/EC of the European Parliament on the Insurance of Shipowners for Maritime Claims (“Insurance Directive”) and (iv) the proposed changes to the Third Party (Rights Against Insurers) Act 1930.