Aliens in Medieval Law: The Origins of Modern Citizenship 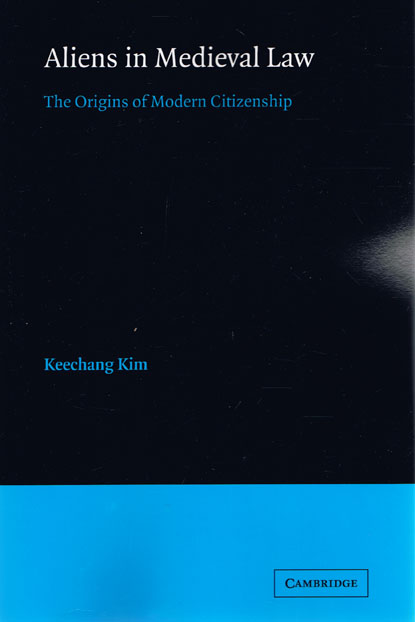 Originally published in 2000, this original reinterpretation of the legal status of foreigners in medieval England boldly rejects the canonical view which has for centuries dominated the imagination of historians and laymen alike.

Keechang Kim proposes an understanding of the genesis of the modern legal regime and the important distinction between citizens and non-citizens. Making full use of medieval and early modern sources, Kim offers a compelling argument that the late medieval changes in legal treatment of foreigners are vital to an understanding of the shift of focus from status to the State, and that the historical foundation of the modern state system should be sought in this shift of outlook.

The book contains a re-evaluation of the legal aspects of feudalism, examining, in particular, how the feudal legal arguments were transformed by the political theology of the Middle Ages to become the basis of the modern legal outlook.