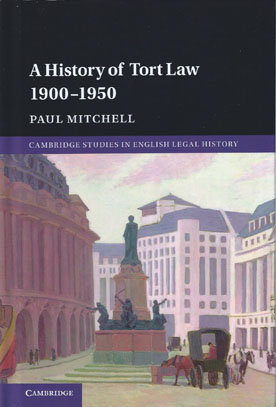 Many of the defining features of the modern law of tort can be traced to the first half of the twentieth century, but, until now, developments in that period have never received a dedicated historical examination.

This book examines both common law and statutory innovations, paying special attention to underlying assumptions about the operation of society, the function of tort law, and the roles of those involved in legal changes.

It recovers the legal and social contexts in which some landmark decisions were given (and which puts those decisions in a very different light) and draws attention to significant and suggestive cases that have fallen into neglect. It also explores the theoretical debates of the period about the nature of tort law, and reveals the fascinating patterns of influence and power at work behind statutory initiatives to reform the law.