The Law of Evidence in Victorian England 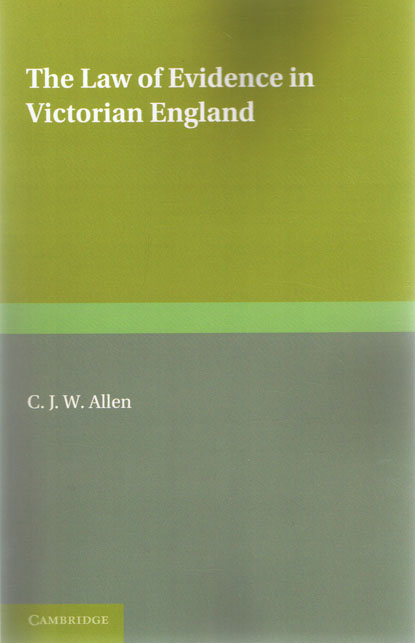 In The Law of Evidence in Victorian England, which was originally published in 1997, Christopher Allen provides a fascinating account of the political, social and intellectual influences on the development of evidence law during the Victorian period.

His book sets out to challenge the traditional view of the significance of Jeremy Bentham's critique of the state of contemporary evidence law, and shows how statutory reforms were achieved for reasons that had little to do with Bentham's radical programme, and how evidence law was developed by common law judges in a way diametrically opposed to that advocated by Bentham.

Dr Allen's meticulous account provides a wealth of detail into the functioning of courts in Victorian England, and will appeal to everyone interested in the English legal system during this period.