The Constitution of Poland: A Contextual Analysis 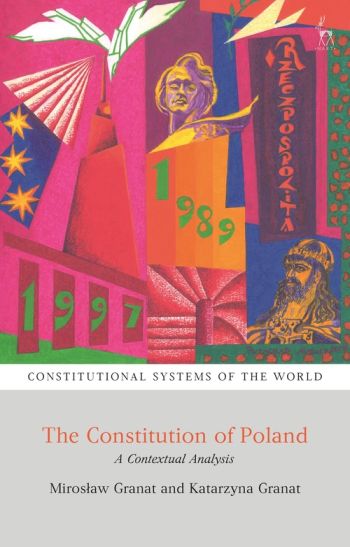 This book focuses on the Polish Constitution of 1997, concentrating on its structure, its substance and some of the institutional choices made by the drafters. The core of the Constitution is similar to other liberal democratic constitutions, but, in addition, regulates a number of issues, such as public finances and sources of law, that are new to Polish constitutionalism and to constitutionalism in general.

It considers in a detailed manner certain institutional choices made in the Constitution, such as the bicameral parliament, the peculiar structure of the executive branch, as well as the principles of independence and impartiality of the judiciary, fundamental rights and local government. Offering a contextual analysis, the book discusses the main philosophical ideas and value systems that influenced the drafters of the Constitution in the early 1990s.

The authors argue that the value choices made reflect a compromise between the main political forces of the period. For instance, the Constitution invokes and balances multiple political, social and historic values, such that none is minimalized or excluded. This inclusive approach is especially visible in the preamble to the Constitution. Moreover the broad, modern catalogue of freedoms and rights in the Constitution reflect similar axiological concerns, anchoring human rights in the concept of human dignity. It is a vital resource for all those interested in Poland's constitution, and the rich comparative constitutional insights the country offers.