The Constitution of Taiwan: A Contextual Analysis 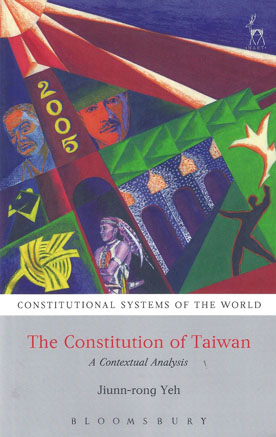 In addition to the economic miracle, with surprising growth in the 1970s and 1980s, Taiwan has further shown the world two others. One is the democratic miracle which brought about a silent revolution from notorious authoritarian regime to full democracy in Asia. Intertwined with that miracle is the constitutional one, in which political reform was undertaken in a constitutional manner and through constitutional means. Indeed, Taiwan's transition to democracy was made possible by incremental constitutional revisions, courts responsive to changing dynamics, and a civil society engaged in the project of constitutional transformation. These changes ushered in the unprecedented development of a transitional and transnational constitutionalism.

This volume seeks to explain the drivers and context of these constitutional transformations. Democratisation, indigenisation and globalisation all drove the transformation of an externally imposed constitution into an internally embraced, vibrant constitution. The changes analysed in this volume include institutional shifts from a cabinet system to a semi-presidential one; from three parliaments to one; from manipulated central-local relations to a functional federalism; from a Constitutional Court that merely rubber-stamped to one that is responsive and supports social and political dialogues. More importantly, this volume details how a short list of constitutional rights has been transformed to a burgeoning rights-based discourse engaged by civil society.