The Constitutional System of Thailand: A Contextual Analysis 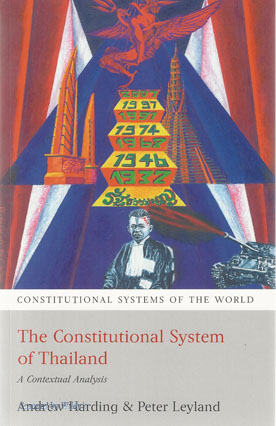 This book assesses the numerous attempts to establish a modern system of democratic government in Thailand against the background of Thai politics and culture.

The fact that since 1932, when it became a constitutional monarchy, Thailand has had 18 constitutions speaks of an unstable political system which has seen rapid and repeated fluctuations between military rule and elected government.

The main focus of this study is a critical discussion of the institutional frameworks which have been established under recent constitutions. Individual chapters deal with the monarchy, elections and parliament, the civil service and the executive organs of the state, the contracting and regulatory state, local government, Thailand's constitutional watchdog bodies and the constitutional role of the courts.

The Constitution of the Russian Federation: A Contextual Analysis
Jane Henderson
ISBN 9781841137841
Published May 2011
Hart Publishing
£23.99