The Constitution of Japan: A Contextual Analysis 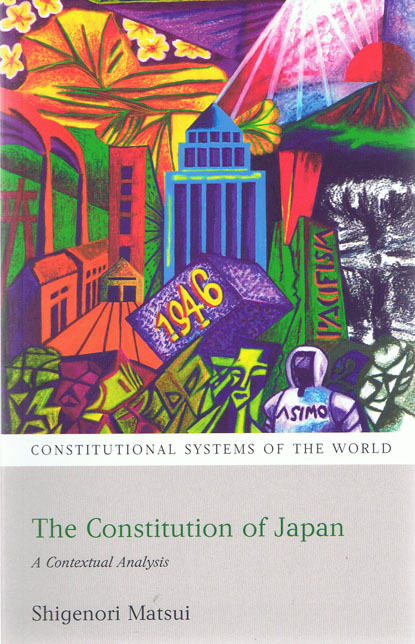 Japan boasts the second largest economy in the world and almost two thousand years of history. Yet, its first modern constitution, the Meiji Constitution, was not enacted until comparatively recently (1889). Since then, following World War II, Japan adopted and ratified its current Constitution, the Japanese Constitution of 1946.

This book is designed to explain the outline of Japan’s Constitution, together with a number of its unique characteristics and to offer an historical background and context which help explain its significance. Major topics covered include the constitutional history of Japan, fundamental principles of the Constitution, the people and the Emperor, the Diet and legislative power, Cabinet and executive power, and the Judiciary and judicial power. Also discussed is the protection of fundamental human rights, individual rights - including freedom of expression - economic freedoms, social rights, democratic and procedural rights, pacifism and national defence.

Although the Japanese Constitution was enacted under the strong influence of the United States Constitution, many of its features are very different. For instance; the existence of an Emperor, the long dominance of the Conservative party over the Government, the relatively strong power of government bureaucrats, the absence of a leadership role in the Prime Minister, the small role the judiciary play in solving constitutional disputes and the struggle over national defence.

Written in an accessible style and comprehensive in content, the reader will find this account of the constitutional law of Japan both unique and stimulating.