Foreign Currency Claims in the Conflict of Laws 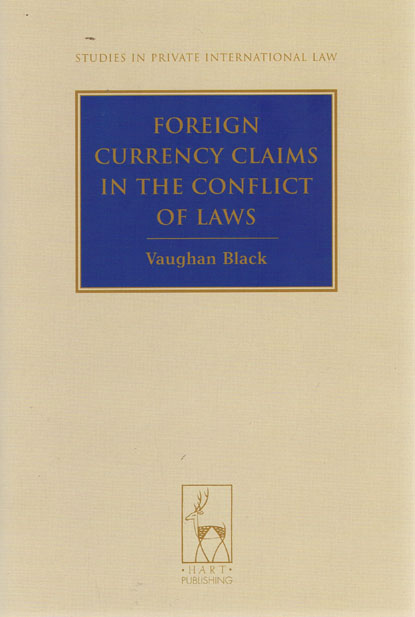 Problems in assessment of damages remain among the most contentious aspects of private law disputes. The assessment exercise becomes particularly difficult when one of the parties asks that damages be assessed in some foreign currency or claims that, even though damages should be assessed in the currency of the forum, foreign exchange losses should form a head of loss.

The 1975 decision of the House of Lords in Miliangos v George Frank (Textiles) Ltd was revolutionary in that it permitted English courts to award judgment in a foreign currency. Miliangos has been influential throughout the common law world and courts in the commonwealth and the United States now contemplate awarding damages in currencies other than their own.

However, that modernisation has hardly eliminated the problems in this area. When may a judge assess damages in a currency other than that of the forum? If a court elects to assess damages in its own currency, what conversion date should it select in converting from a foreign currency that was relevant to the obligations between the parties? In an age of fluctuating currencies questions of this nature present judges with choices involving significant financial implications.

This book takes a comparative look at how common law courts have addressed damages claims when foreign currencies are involved, and at statutory responses to that issue. It describes the practices of UK, Commonwealth and American courts in this field and draws both on principles of private international law and of damages assessment to analyse current practice.