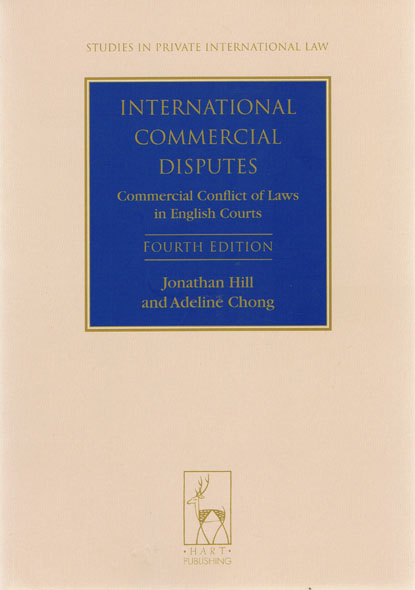 This is the fourth edition of this highly regarded work on the law of international commercial litigation as practised in the English courts.

As such it is primarily concerned with how commercial disputes which have connections with more than one country are dealt with by the English courts. Much of the law which provides the framework for the resolution of such disputes is derived from international instruments, including recent Conventions and Regulations which have significantly re-shaped the law in the European Union. The scope and impact of these European instruments is fully explained and assessed in this new edition.

The work continues to be organised in three parts. The first part considers the jurisdiction of the English courts and the recognition and enforcement in England of judgments granted by the courts of other countries. This part of the work, which involves analysis of both the Brussels I Regulation and the so-called traditional rules, includes chapters dealing with jurisdiction in personam and in rem, anti-suit injunctions and provisional measures.

The work's second part focuses on the rules which determine whether English law or the law of another country is applicable to a given situation. The part includes a discussion of choice of law in contract and tort, with particular attention being devoted to the recent Rome I and Rome II Regulations. The third part of the work includes a new chapter on international aspects of insolvency (in particular, under the EC Insolvency Regulation), but mainly focuses on an analysis of legal aspects of international commercial arbitration.