Trial by Jury and Counter-Terrorism 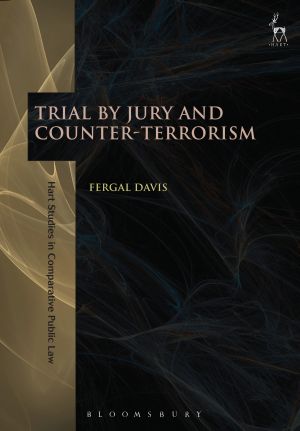 The jury has been criticised as irrational and undemocratic and in recent times has received only lukewarm support from senior members of the English judiciary. However, trial by jury can have an important legitimating function as a political institution. A "right" to jury trial is however inherently vulnerable: rights discourse encourages the balancing of the jury against the right of the accused to a fair trial. Such an approach is used to justify the abolition of jury trial in the terrorism context. Retaining juries in terrorism trials is important not because trial by jury is a "right" but rather because the jury as an institution has a social and political significance, which this book explores.

This book examines a variety of jurisdictions including Australia, Ireland, Israel, New Zealand, Russia, the UK and the US, drawing on historic and current examples. In doing so it addresses the jury in the state of exception, the terrorism/gang crime interface, the robustness of some jury systems and the vulnerability of others. A non-jury system is also scrutinised for comparison. This approach eventually enables the identification of those factors which give rise to a robust jury system capable of resisting calls for its abolition, even in the difficult terrorism context.