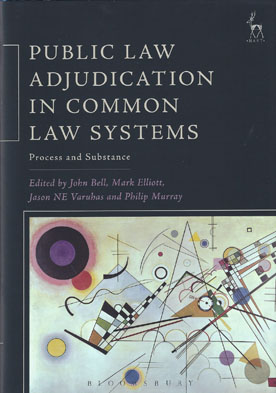 This volume arises from the inaugural Public Law Conference hosted in September 2014 by the Centre for Public Law at the University of Cambridge.

The majority of the chapters consider topical issues in judicial review. Chapters adopting a theoretical perspective explore the trend towards conceptualising administrative law in terms of ‘public reason’; elaborate a values-based framework for analysing administrative law; and propound a public interest conception of public law.

Chapters adopting a contextual or empirical approach consider the impact of public law adjudication on government, and governmental responses to judicial decisions. Other chapters consider how procedure and substantive law have interacted historically in the field of judicial review. Concluding chapters reflect generally on the papers in the collection and the value of facilitating cross-jurisdictional dialogue.