This book is now Out of Print.
A new edition was published, see:
Administrative Law 2nd ed isbn 004548 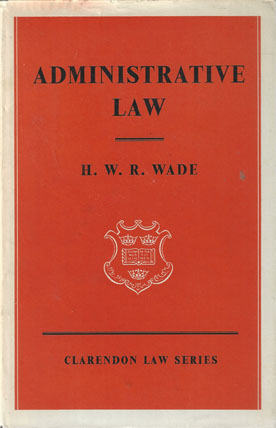 Theproblems of power, as applied by the State to the citizen, are the theme of this book. The law has an important part to play in controlling governmental action. It also attempts to impart its ideals oflegality and fair procedure to the administrative pro¬cess generally.

The two objects of Professor Wade's account are to clarify the outlines of a subject still somewhat amorphous, and to present its doctrines and its dilemmas in con-crete form by discussing legal deci-sions and political events.

The book deals, inter alia, with the principles of judicial control, natural justice, tribunals and inquiries, remedies against the Crown, and delegated legislation.