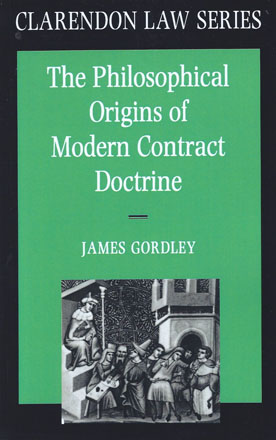 The common law of England and the United States and the civil law of continental Europe have a similar doctrinal structure, a structure not found in the English cases or Roman legal texts from which they supposedly descend.

In this original and unorthodox study of common law and legal philosophy the author throws light on the historical origins of this confusion and in doing so attempts to find answers to many of the philosophical puzzles which contract lawyers face today.

Reassessing the impact of modern philosophy upon contract law, the author concludes that modern philosophy having failed to provide a new basis for a coherent doctrinal system in the law of contract, the only hope for devising such a coherent system lies in rediscovering the neglected philosophy of Aristotle and Aquinas.